Original recipe Chicken is our pedigree at KFC. Such is the success of our blend of 11 secret herbs and spices that even to this day only a handful of people know the recipe. In the early days, the Colonel kept the recipe in his head. Today, the secret recipe is kept under lock and key at our headquarters in Kentucky!

The KFC story began in 1896 in the Sander’s family kitchen. Harland Sanders was six, his father had just passed away and his mother was forced to go to work, leaving young Harland at home to look after his younger brother and sister and cook most of the family meals.

The Colonel loved to cook and was always experimenting with various combinations of herbs and spices. And at the age of 40, he bought a motel and cafe at Corbin, Kentucky. It’s here that Harland cracked his recipe for the secret 11 herbs and spices, making his chicken a hit with everyone who tried it. He became so renowned for his herbs and spices that in 1935 the State Governor made him a Kentucky Colonel.

His popularity continued to grow until the early 50s when a new highway was planned, cutting straight through the town of Corbin where his beloved motel and cafe lived. After being forced to sell his business, the Colonel was flat broke and looking for a new lease on life. But as confident as he was in the quality of his chicken, and at the ripe old age of 65, he started travelling around the country spreading the so good word. And it worked. By 1964, Colonel Sanders had more than 600 outlets in both the US and Canada. He continued to be involved in the business until he unfortunately lost his battle with leukaemia in 1980 at the age of 90.

It’s not surprising that KFC has grown to become one of the world’s most loved food brands with a character like Colonel Sanders at the helm. Today, there are more than 9,000 KFC stores in 86 countries around the world. Not bad for a bloke who was once only just getting by.

KFC hit our shores in 1971 with the first store opening in Auckland. KFC has now expanded to over 98 stores nationwide, and still serving up the same delicious Original Recipe Chicken that Kiwis know and love, coated with the Colonel’s famous 11 herbs and spices.

Since then we’ve introduced a huge range of new taste experiences including our Hot & Spicy Chicken, Wicked Wings, Chicken Fillet Burger, Twisters, Krushers and Quarter Packs, which have all become popular with Kiwis.

But we’re not stopping there. Most recently, we’ve been transforming our stores into something special with booth seating, outdoor seating and plasma screens. We’ve completed 68 stores in New Zealand and the plan is to update them all. In fact, New Zealand’s store design has been so successful that it’s been taken on as the standard for KFC worldwide!

Pop in to your local KFC and see why KFC tastes so good. 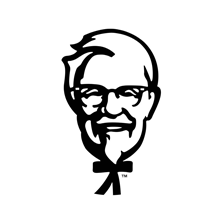 The content on this page was created by KFC.

This website helps visitors connect with providers of Taupo tourism experiences. It is not intended to give any assurance that any particular provider meets certain quality standards or legal obligations.

Get Taupo stories and deals straight to your inbox!